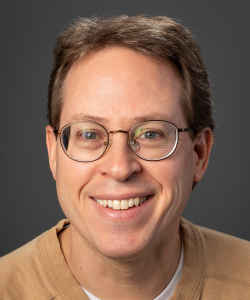 In 1993, I graduated from the University of Ottawa with a bachelor's of science, as well as a master's of science in 1996, both degrees in the field of Geology. I also obtained a bachelor of education from the same university, and even tried my hand at teaching grade school kids for a while after my studies. But my real interest has always lied in chemistry and geology. And the best venue for these two fields to merge was working in stable isotope laboratories affiliated with the geosciences. My introduction to stable isotopes occured in the summer of 1990, after my sophomore year of uni, where I was working for the University of Ottawa's G.G. Hatch Stable Isotope Laboratory. I learned how to extract the dissolved inorganic carbon (DIC) of cave waters using vacuum line technology, and analyze these for stable isotopes of carbon. Undergraduate and graduate degrees in Geology with emphasis on paleoclimate reconstruction and environmental impact assessment research using stable isotopes led me to further my experience in isotope laboratory protocols.

But after 9 years of higher education qualifications and a difficult time finding work in Canada, I moved to the United States where I've spent the better part of 19 years working for private industry and universities. In 1999, I moved to the Boston area, where I obtained a job working as a radiocarbon lab technician at Geochron Technologies. In 2001, I moved to New Jersey and worked for 4 years at Princeton University. Here, alongside my supervisor, Dr. Daniel Sigman, we developed a method to convert nitrate from waters using denitrifying bacteria into nitrous oxide, and analyze the nitrogen and oxygen for their stable isotope signatures. Then in 2005, I moved across the country and landed at the University of California, Irvine, where I worked alongside Dr. Diane Pataki and Dr. Xiaomei Xu at the Earth System Science Department. My focus there was managing Dr. Pataki's stable isotope laboratory. I had to install a TCEA unit her lab had not been able to utilize, and I modified the instrument by diverting the helium flow to improve the O-18 results of waters we were analyzing. We also developed a method to extract cellulose from plant matter, and analyze these for isotopes of oxygen on the TCEA. In 2007, my wife and I moved to Lawrence, Kansas. I had an excellent opportunity to manage the Keck Paleoenvironmental and Environmental Stable Isotope Laboratory at the University of Kansas under the direct supervision of Dr. Luis Gonzalez. For the next 7 years, we developed a client list of over 40 individuals ranging from students, scientists and private industry both in the United States and across the world, providing them with stable isotope data of all manner of samples.

Then in the fall of 2014, I had an opportunity to move overseas, to the Middle East, to help develop and install equipment for the operation of a stable isotope laboratory at the Khalifa University of Science, Technology and Research (formerly The Petroleum Institute) in Abu Dhabi, United Arab Emirates. This was an incredible experience, as I was bringing the years of experience I had obtained to a country that was trying to develop a foothold in laboratory sciences, more specifically, stable isotope science.

My family and I returned to the U.S. Midwest in 2018, and we find ourselves settled in Urbana, Illinois, where I currently operate and manage the Stable Isotope Laboratory at the Illinois State Geological Survey under the supervision of Randall Locke, and with the help of Morgan Bailey.

LDAP Details for Cane, Gregory A